About a year ago, we were thawing out from participating in our 2019 Parade of Lights Boat Parade. Certainly on that festive evening and then on the ringing in of the New Year, we never saw what was coming down the pike for 2020! We were so excited to get the ball rolling for our beloved Lighthouse Musicfest and another Boat Parade! Not to mention, a summer of great tours, dinner evenings, the launching of a big book signing event and our fabulous Lighthouse Birthday Party! Sadly, not one of those events happened!

When one looks at the important things in life "if we have our health, we are lucky!" For some of our friends, they weren't so lucky. We at the lighthouse and so many of you have lost special friends and family as a result of Covid-19. It has been a heartbreaking year and has taken a toll on businesses and certainly charities, especially, historic preservation.

We, at the preservation society have been busy keeping the balls in the air and this newsletter will bring you up to speed on what HAS taken place in spite of it all. Sit back and take a peak... 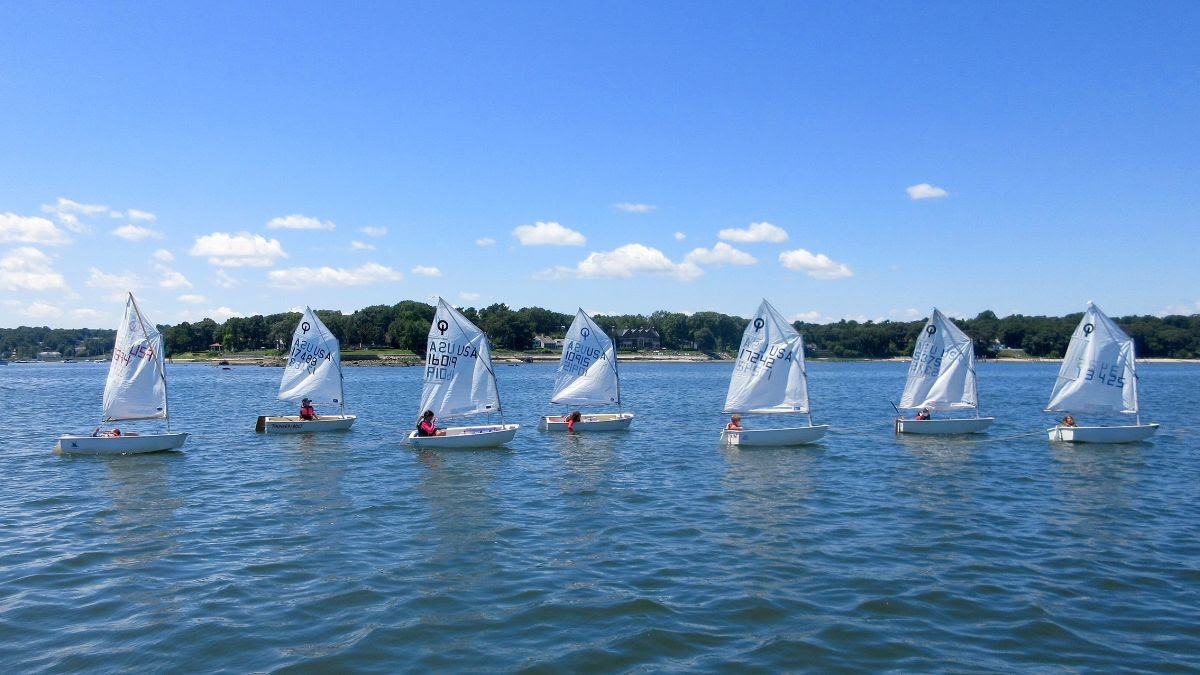 Centerport Yacht Club - YOUNG SAILORS were our only visitors this summer. We were delighted to see them! They came with their "ace" sailing instructor and were given an informative tour of the lighthouse. They all were wearing masks. It was so much fun talking to these youngsters and hope that they now have a more in-depth love for the Lighthouse. We also hope they might some day become Keepers of the Light and Pirates at the Musicfest! 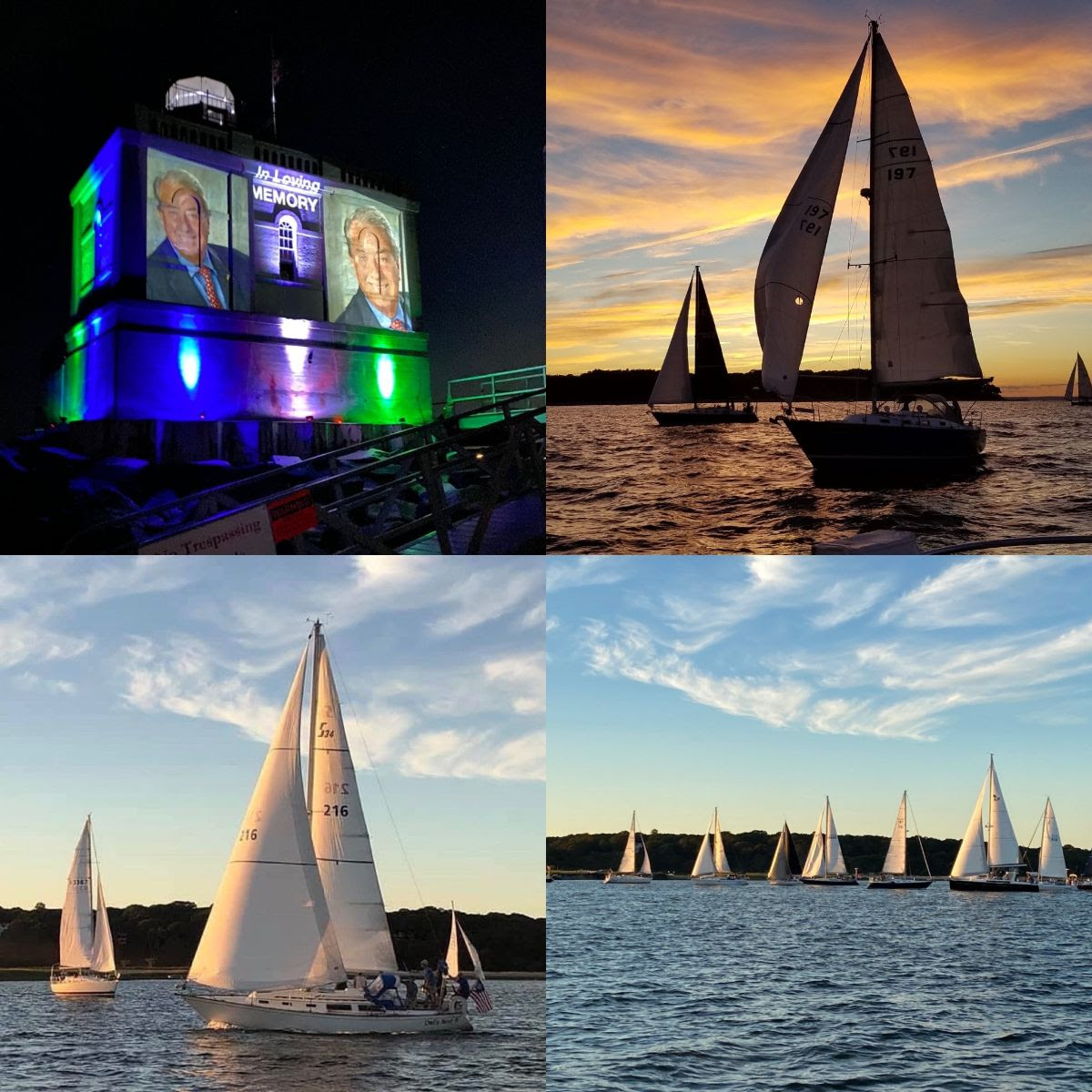 IN MEMORY OF JON TEN HAAGEN
Traditionally on the night before the Musicfest, the LHYC Lighthouse Cup Race takes place. This year, even though there was no Musicfest, the wonderful tradition continued. This time is was a little different and somewhat bittersweet, for it was in memory of a great man, Jon TenHaagen. A huge "thank you" to Jordan Mindich and Cesar Vallejo of LHYC, Huntington Lighthouse volunteer Andrew Schild for the last minute amazing sound and beautiful projection surprise on the lighthouse featuring a tribute to Jon. To Hank Jennings and crew for sailing Jon’s beloved sail boat, “Owls Nest” in the race. To all the fabulous sailors and crew that participated and to Terry Whyte for capturing it all on his drone. Most of all, to Jon, up in heaven for giving us a beautiful sunset and moonrise. He will be forever missed. 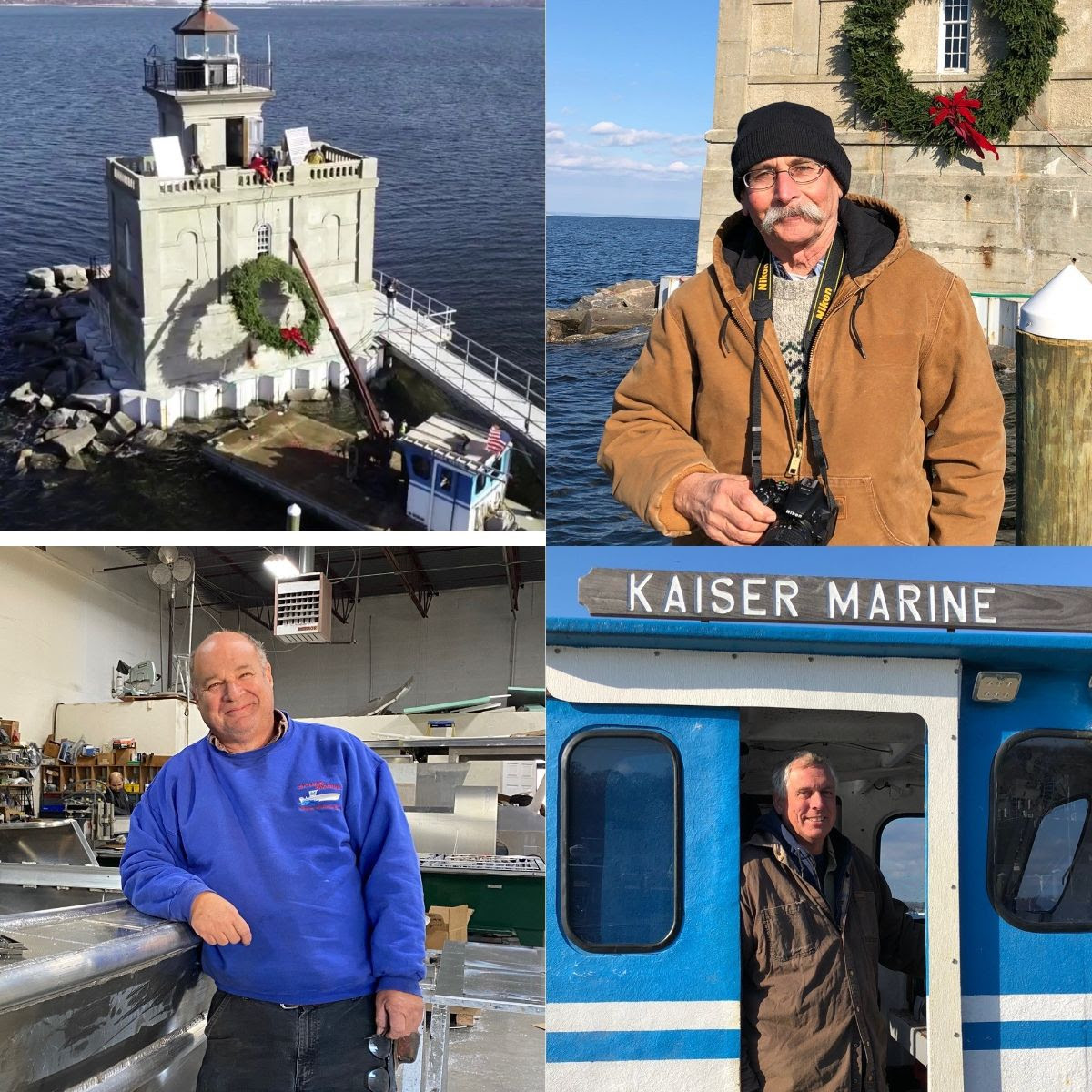 AWESOME NEWS!!!
Next weekend - Saturday, December 5th...It's Happening!
The wreath is back!
Thanks to the incredible generosity of Bob Porter - Sound Marine
(who made and donated the first frame) and just made us a new frame,
Gary Blum - SCHLICK Design Group for supplying the beautiful fresh greens,
Van Cott Nursery for the huge task of greening this massive 12' wreath,
and our dear friend Paul Kaiser - KAISER Marine for the wicked job of transporting and helping us
to hang this 600lb wreath and fasten her to the lighthouse
...and the volunteers/muscle to assist with this daunting task,
WE WILL AGAIN HAVE A BEAUTIFUL WREATH THIS YEAR
thanks to these people!
Our wreath was missed last year but she is back to stay!
Pray for decent weather so that all goes well and on schedule! 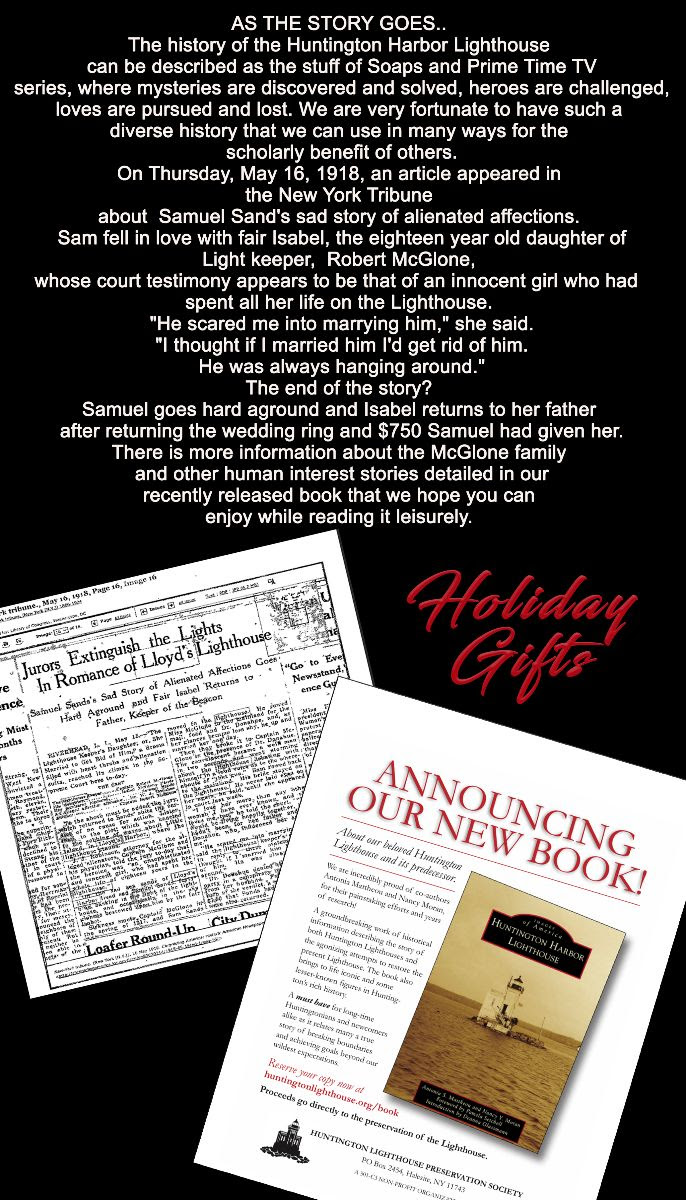 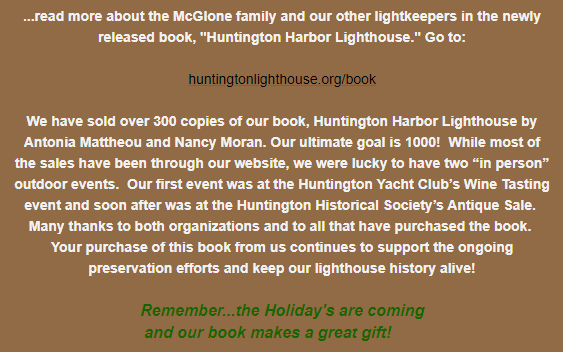 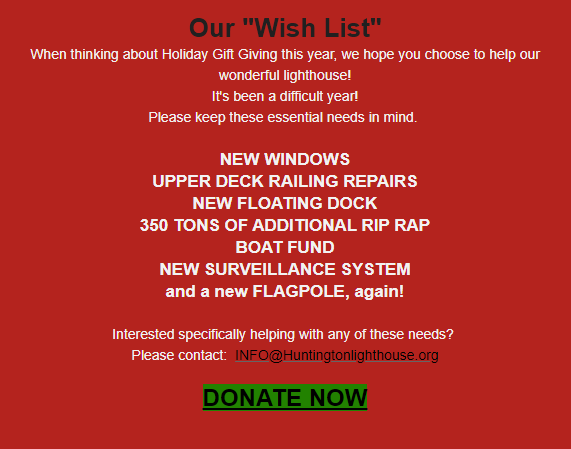 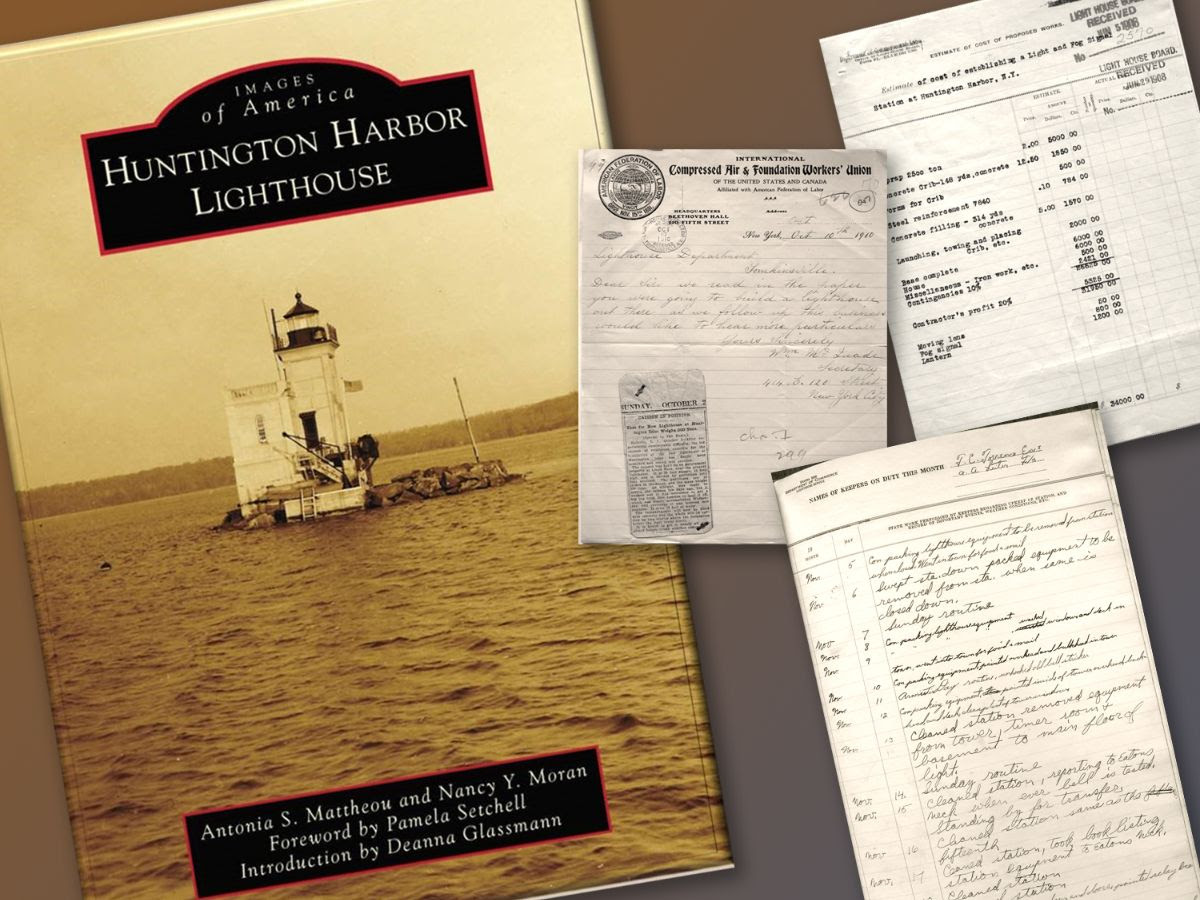 We are honored to have a book published about our beloved lighthouse and its predecessor. We are incredibly proud of Antonia Mattheou and Nancy Moran, co-authors for their painstaking efforts and years of research! It's a groundbreaking work of historical information describing the story of both Huntington Lighthouses and the agonizing attempts to restore the present Lighthouse starting in 1985. The book also brings to life both iconic and lesser-known figures in the history of our Town. A "must have" for home grown Huntingtonian’s, newcomers to the Town and all lighthouse lovers as it relates true stories of breaking boundaries and achievements beyond expectations. Filled with images and historic documents never before seen or published.  Please visit the www.huntingtonlighthouse.org/book and reserve your copy now. Please note * all proceeds from the sale of this book will help
to keep the Light shining!!! 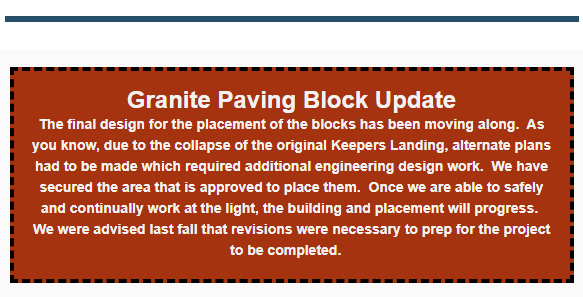 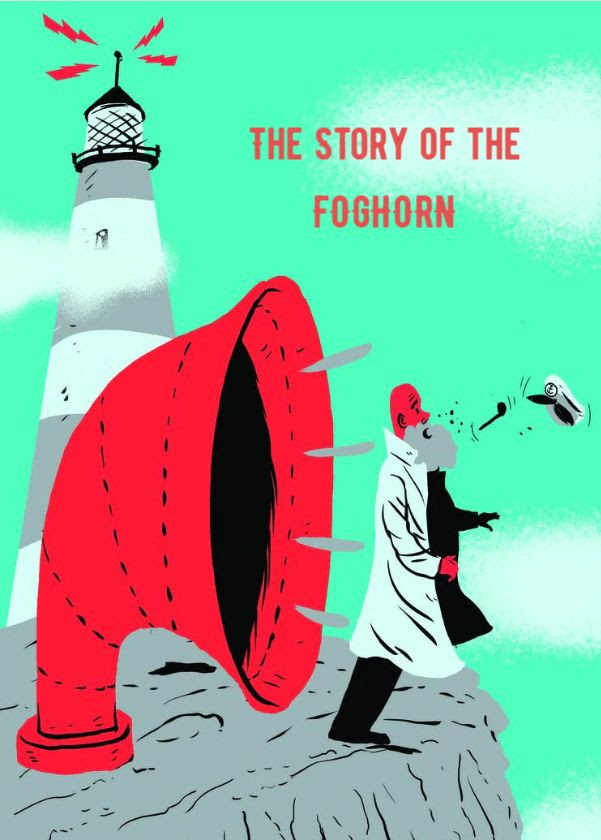 Approximately 10 years ago the US Coast Guard commenced a project of replacing all foghorns in lighthouses, on steel towers and other navigation structures with a system referred to as a Mariner Radio Activated Sound Signal (MRASS). It allows the mariner to activate an aid to navigation (ATON) sound signal when needed.

In May of 2019, USCG Station New London was directed to install this system to the remaining lighthouses on the Long Island Sound. We were successful in staving off the installation for 9 years for good reason! We predicted that it would be abused and triggered at random for no reason. We have 5,000 recreational boaters in the Huntington Bay complex. We no longer have the commercial marine traffic we once did. In past decades, Huntington was a working harbor with barges delivering sand, gravel and oil with tugboats. The purview of the USCG is to regulate and protect “commercial traffic”, not recreational boating.

In order to trigger the foghorn if needed, one must key their VHF radio 5 times evenly within 10 seconds. The MRASS system works on “line of sight.” Once triggered, it will cue the foghorn to sound for up to 1 hour, although most are programed to 45 minutes, and ours for 30 minutes. It will then reset to standby. Interestingly enough, there is no Federal or State law that mandates a recreational boater carry a VHF radio onboard. When you are caught in the fog, you cannot see the light shining from the lighthouse. Only an experienced boater will calmly reach for their VHF radio, remember the channel to select, and exactly how to trigger the foghorn. Many recreational boaters may actually have a radio and remember something about it…but forget the channel and how to trigger the system.

For the most part, people don’t jump on a boat and decide to go out in the fog. It is usually something that one finds themselves in unexpectedly, and if you are inexperienced, it can lead to tragedy. Some may argue that “everyone has a GPS” on their vessel. This simply isn’t true, and many boaters who purchased vessels with navigational equipment may have never turned it on and used it and are unfamiliar with how it works or how to read it.

The USCG Station, New London has spent countless hours at the Huntington Lighthouse trying to sort out the issues we have encountered. They have changed out the unit 3 times suspecting it was defective. It was not! It was discovered last fall that it was deliberately being triggered by someone. They requested permission from USCG Administration to take matters to the next step. So far, the New London office has not been able to secure an answer.

Two days ago, I spoke with a USCG Commander regarding our problem. I discussed how the USCG ATON Team, New London (our sector) has been wonderful and supportive. ATON personnel agreed to speak to their superiors about our ongoing issues. When the problems started, the USCG acknowledged that they had similar problems at other installations with people testing it out. It was their experience and we were assured that the problems would stop when the novelty wore off after a season. But for us, this has not been the case.
The foghorn has been triggered at all hours of the day. The Huntington Lighthouse Preservation Society has been bombarded with angry callers and, also concerns. Additionally, we don’t just receive calls about the foghorn going off on a sunny day or clear night, but we’ve consistently received calls from a number of concerned boaters who hear silence when it is foggy.

The Huntington Lighthouse Preservation Society (HLPS) was formed in 1985 to take possession of and maintain the historic beacon. The light station was scheduled for demolition as it was a mere shell with a partially collapsed roof and deemed unsafe for servicing personnel. We have done out part over the last 30 years raising over $2M in donations. We have restored the foundation, replaced the roof, re-plastered interior walls, installed new floors, re-glazed windows, constructed new landings and the list goes on and on. We have worked hand in hand with the USCG to ensure that the navigational apparatus is accessible and enclosed within a well maintained structure.
The HLPS has offered to purchase our own state of the art fog sensor (identical to what is used to trigger brighter runway lights at US airports) to make the system operate on its own, only when there is fog, just like the old system.

So, we ask you all to understand the dilemma and be patient and perhaps you can help us solve this issue. To lose the system completely would not only be a loss to the boaters, but a great loss to the Lighthouse and have a disturbing monetary impact for repairs should the equipment be removed. Much of our fundraising is based on the public being reminded of our presence. The familiar sound of the foghorn, when appropriate, reminds residents and boaters that we exist in the harbor. We hope to work with the USCG in the next few months to see if there is a way to have the MRASS system replaced with a modern system as discussed.